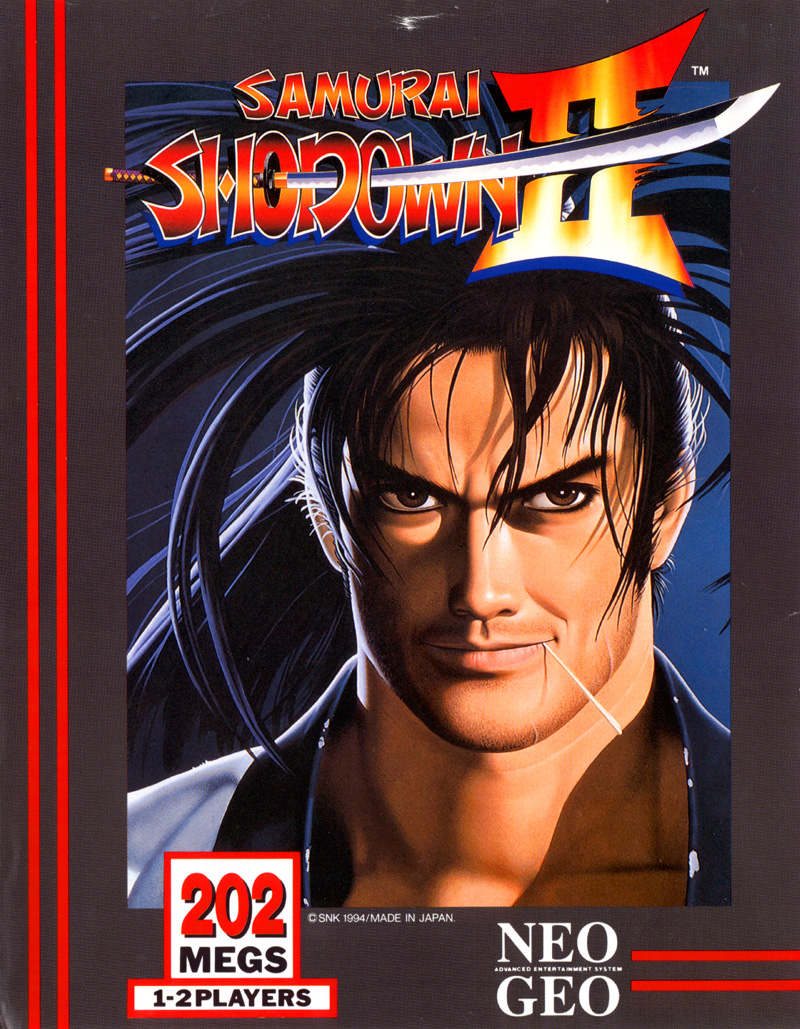 Samurai Shodown II was a joy to play when it was released nearly twenty years ago and yet somehow still maintains that same level of magic here in 2012. The game is best known for being the most accessible fighter on the system, and thankfully that hasn’t been lost in this emulation. The core combat mechanics are truly unique, yet familiar enough to be picked up and enjoyed by anyone of any skill levels. Character moves are easy to perform, and better yet, the game isn’t combo-intensive, so one does not need to eliminate their social life in order to become an adequate competitor. Considering the game shines when squaring off against a buddy, it’s great to play a game, amidst a genre that continues to become more and more complex, where fun can be had without it putting parameters and limitations on your experience. To boot, the visuals of Samurai Shodown II are dazzling, and its soundtrack is equally powerful and engaging. In these areas, Samurai Shodown II is leaps and bounds above the competition. To say the least, this is the second best fighter on the Neo Geo X.
Play it 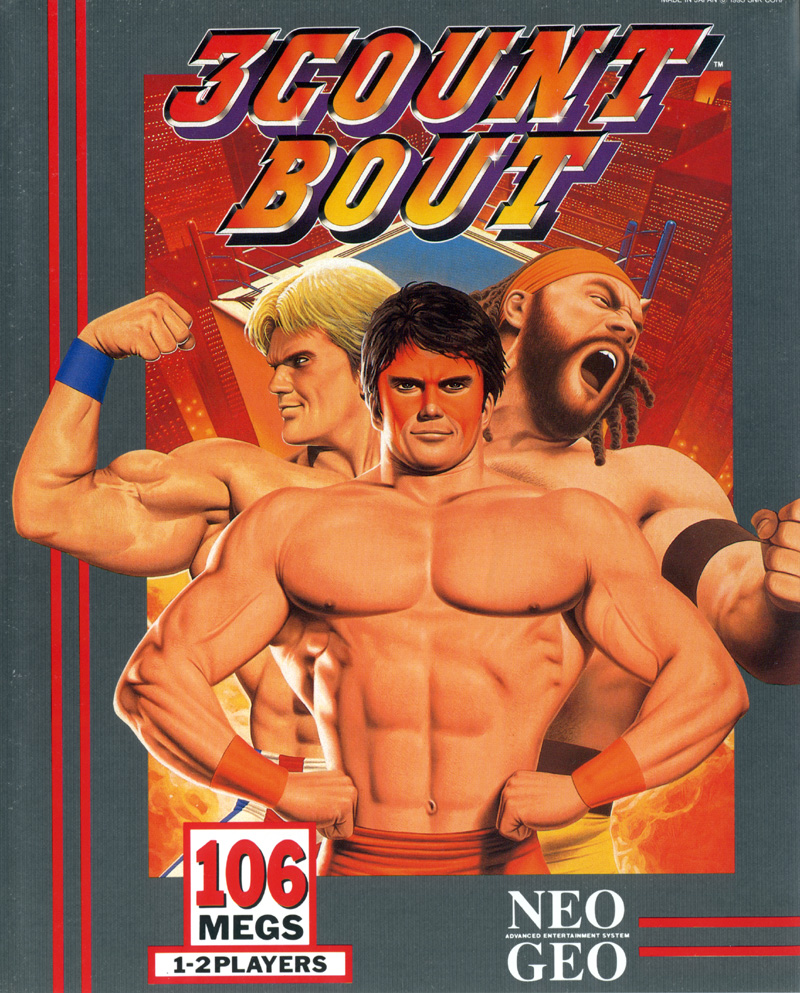 3 Count Bout is an extremely solid brawler. The worst part about it is not its gameplay, but rather its lackluster roster of characters. The personalities are not all that interesting, or even as grand as those in Saturday Night Slam Masters, nor are the graphics as rich. By itself, and barring any further comparisons to games of this kind, 3 Count Bout is a competent brawler that only gets better with a friend tagging along. There are five championships to play through, the control scheme is intuitive and the experience overall is extremely enjoyable. Though there are a handful of fighters on the NGX already, 3CB does enough different to warrant a spot on the system.
Play it 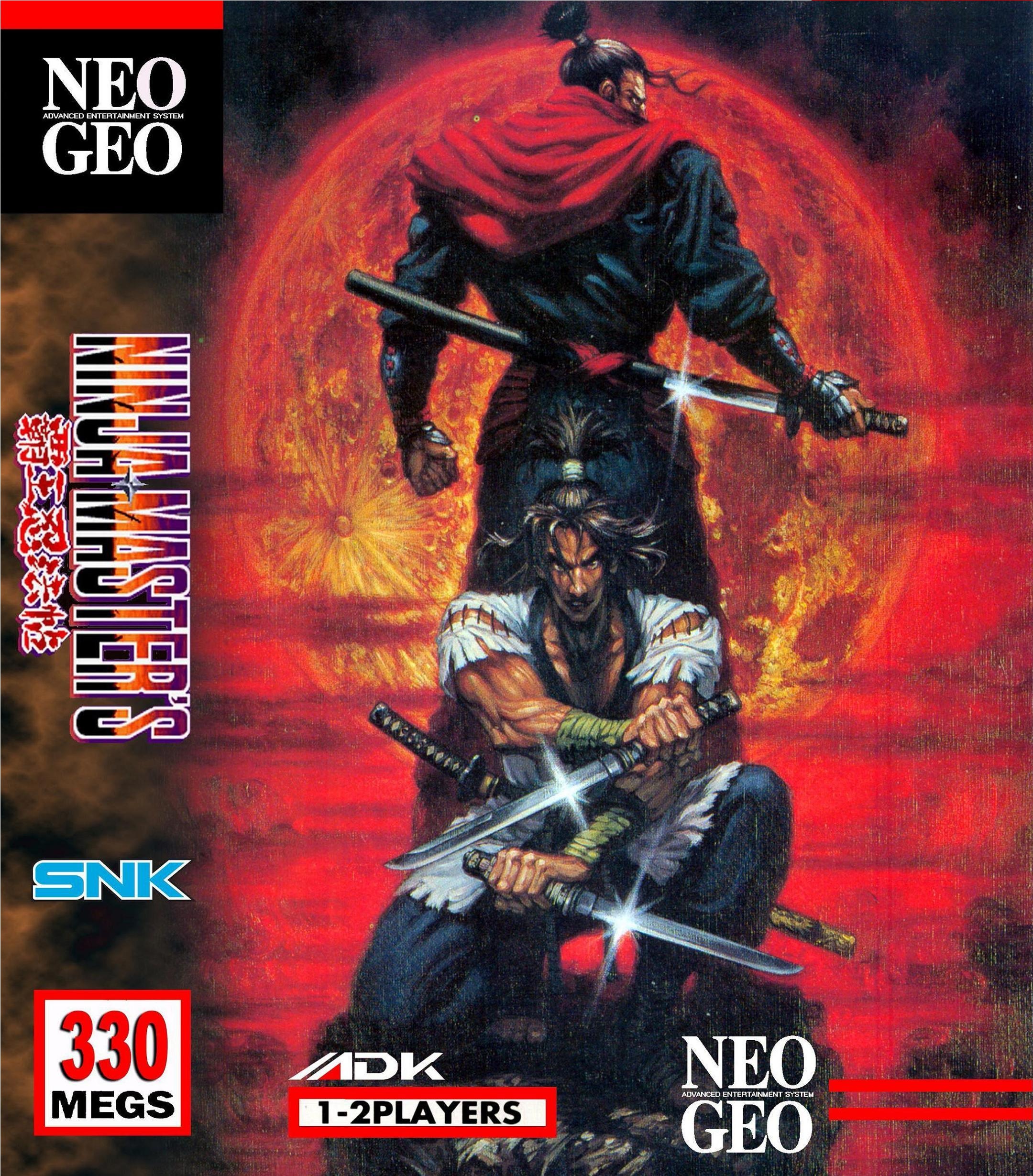 The last fighting game developed by ADK (known for their World Heroes series), Ninja Master’s was largely forgotten after being overshadowed by Samurai Showdown IV and The Last Blade. It was an unfortunate fate, as it featured some of the best visuals on the console at the time. Thankfully, the game has been become something of a cult hit with fighting game enthusiasts and for good reason. Ninja Master’s hardly plays like its 16 years old — trying either Fatal Fury after renders them virtually unplayable. It has fast, smooth combat that is largely well-balanced and interesting, and at the time innovative, weapons system included where pressing the A and C button simultaneously draws out a blade. It’s also a visually ravishing game, featuring some beautiful cutscenes and well-drawn backgrounds. Until a few of the aforementioned fighting games come out, Ninja Masters should prove the premiere draw for fans of its genre, and its unique gameplay may even keep them playing after that.
Play it 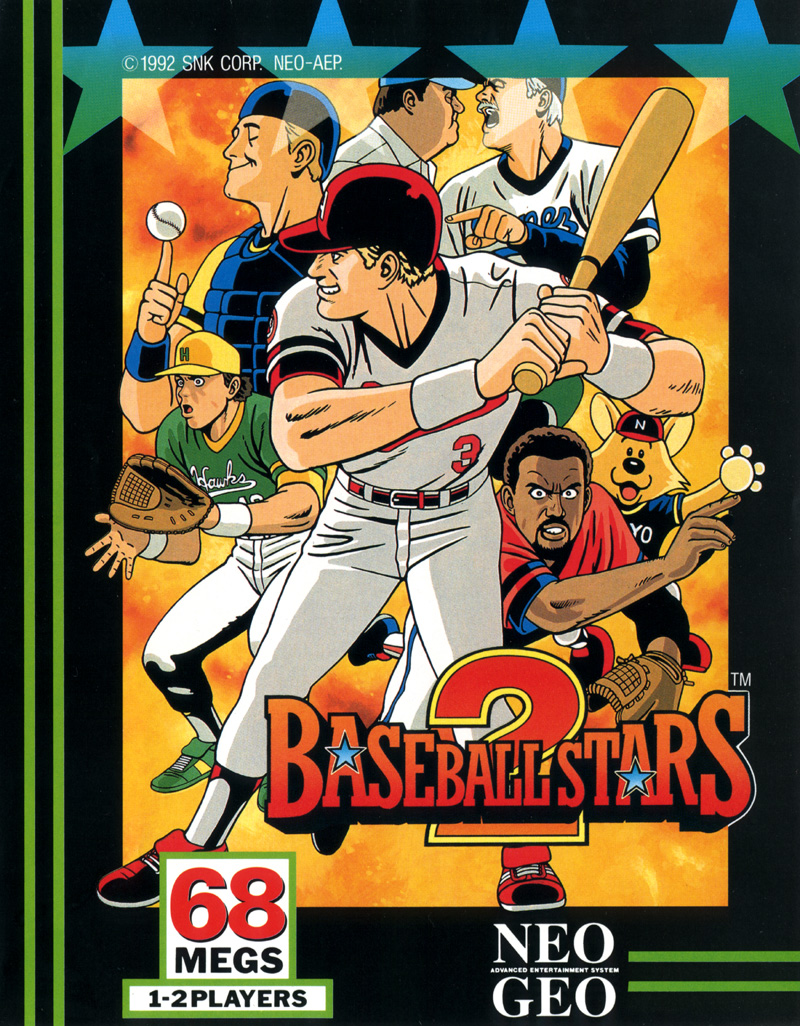 Is there any way to describe Baseball Stars 2 other than brilliant? Quite frankly, the game should be the recipient of the most-unsuspectingly-wonderful-Neo Geo-title-in-its-entire-library reward. Hardly a simulator of America’s favorite pastime, Baseball Stars 2 is all about its arcade-y wackiness that combines simple mechanics with heinously addictive gameplay to create a delectable morsel of bat-swinging virtuosity. The pure production values are worth noting as well; vibrant colors, wonderful sprites and a degree of replayability that rivals the world’s most rambunctious party games. It doesn’t take a fan of sports to enjoy Baseball Stars 2 because this is about as much baseball as Burger King is fine dining. Play this game. Love this game.
Play it 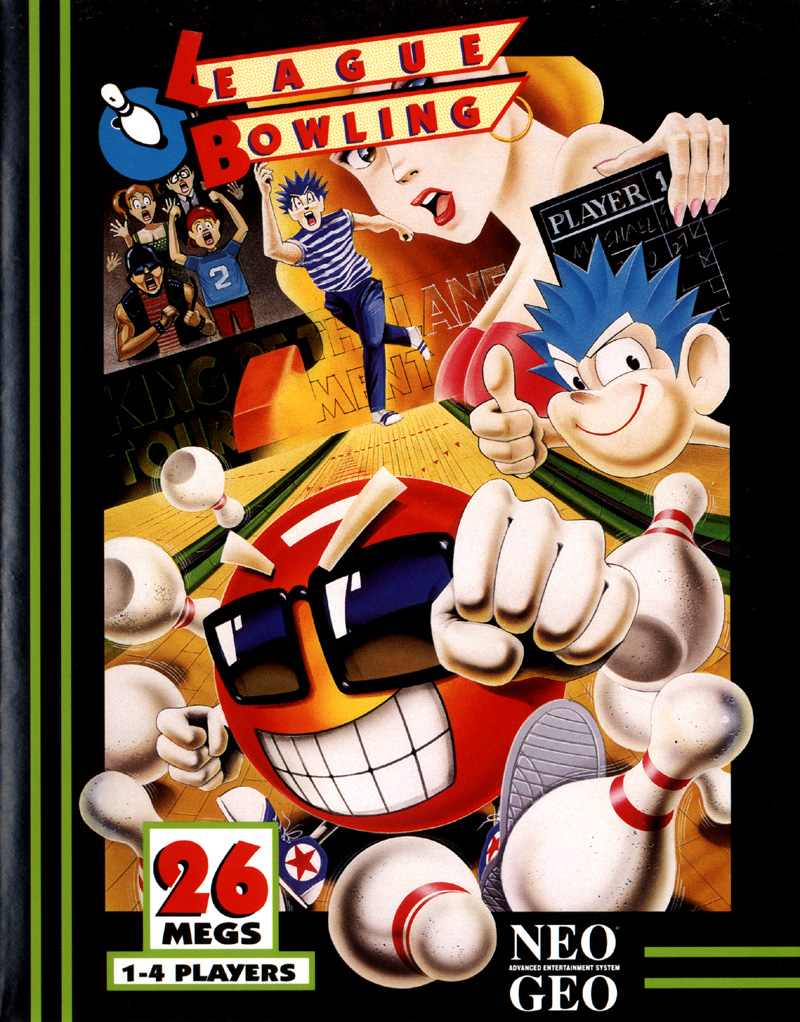 League bowling is the weirdest bowling game ever made — a statement not made lightly. After a seizure-inducing opening sequence, players step into the (likely smelly) shoes of a man with blue hair, red pants and a red stripped tank top and hit the lanes. The speed, direction and release of the ball is set with the A button; it’s that simple. Of course, the fun of it stems from the surrealism of the affairs, featuring funky animations and oddities like a buxom blonde filling up the entire right side of the screen during single player. While at first glance it seems like it’d be one of the throwaway titles, it’s really not a bad little bowling simulator (used in the loosest sense of the term). The gameplay is basic enough that it’s probably not something that will be returned to frequently in the modern day, but it makes for a good ten minute time waster.
Play it 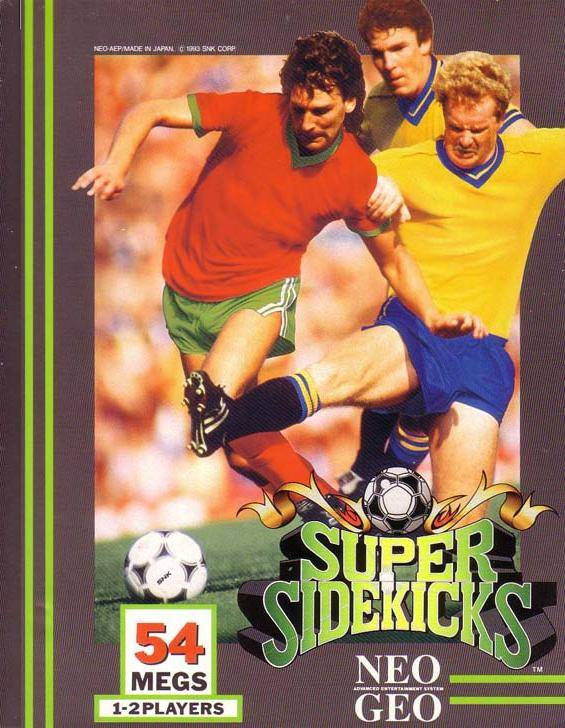 Super Sidekicks is an excellent arcade soccer game that is stuffed with options, modes and plenty of slide-tackles. It’s refreshing to sit down with a sports game that doesn’t require nineteen button combinations and joystick rolls to execute the most straightforward of actions. In its most rudimentary form, Super Sidekicks is a two-button game that sees to it that on offense you pass and shoot, and on defense you concern yourself with slide tackling and charging opponents. It’s so simple, but that’s why it’s such a great success. The game is more worried about providing fast, frantic gameplay with plenty of intense matches that come down to the wire, than it is with realistic portrayals of the sport.
Play it 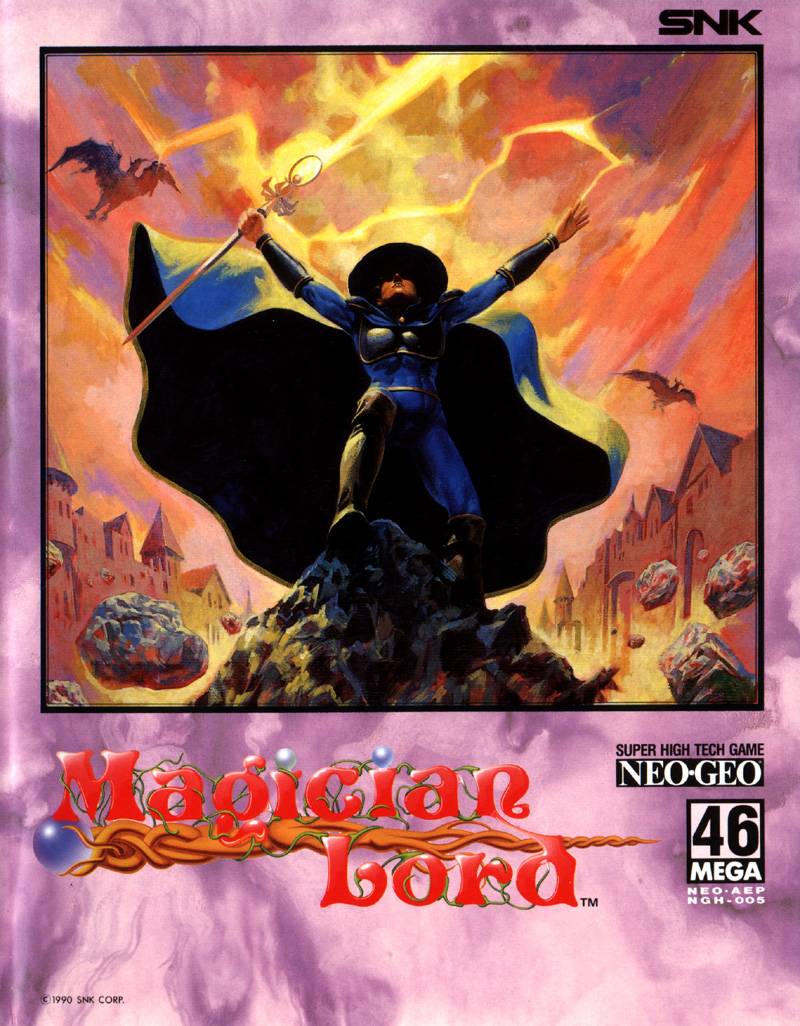 With the AES version memory card compatible, Magician Lord is perhaps one of the longest games on the Neo Geo X. While it is an arcade side-scroller, it feels more like a console Metroidvania type game with multiple paths and the ability to backtrack. Although it’s often unfairly difficult, the gameplay is fun, complete with the ability to transform into things like a fire-breathing dragon and ninja. Its fantasy setting is unique for a brand that favored military side-scrollers and the superb soundtrack alone makes it worth playing — if the crushing difficulty doesn’t stop you.
Play it 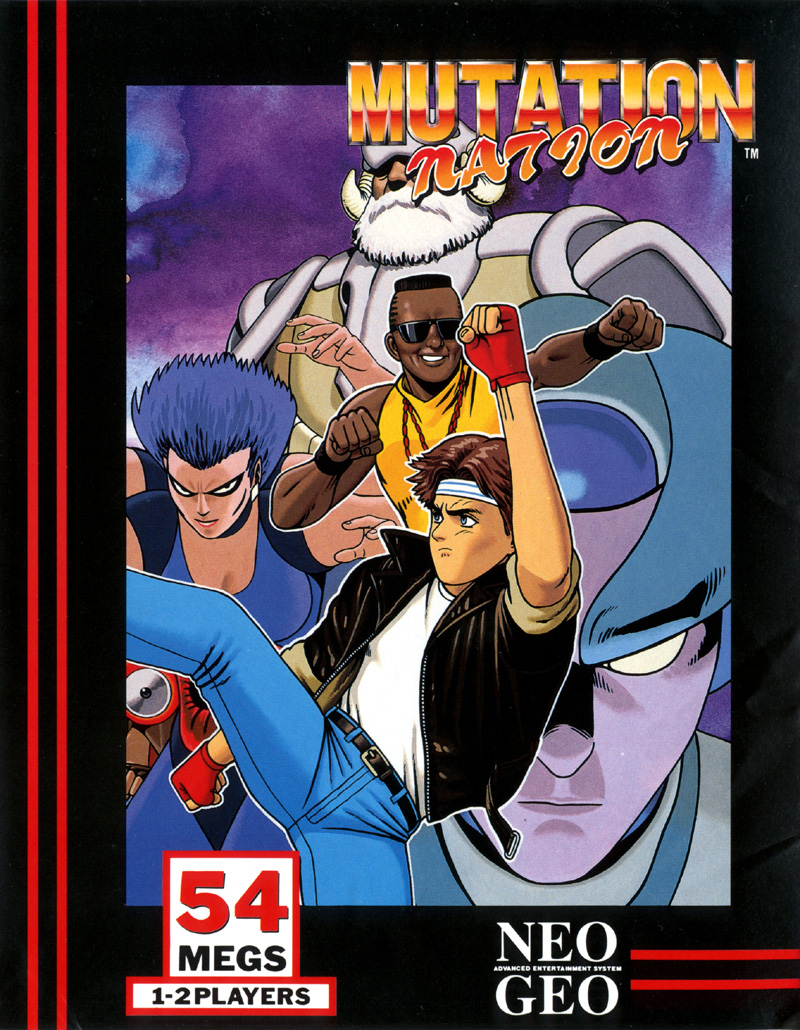 Mutation Nation should not have made the Neo Geo X’s final cut. This is not a testament to a bygone era of glorious gaming; no, this is a reminder of how far video games have progressed and a lesson in how to piece together an experience that’s full of underdeveloped ideas and poor programming. We all should be grateful that we aren’t still being treated to painful experiences like Mutation Nation in today’s day and age. Steve said it best when he referred to this game as a “horrible grindhouse movie” because that’s what it is — plain and simple.
Skip it 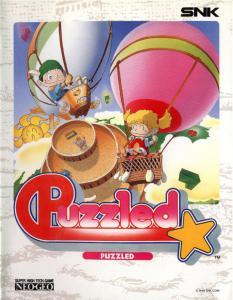 Like many Neo Geo games, Puzzled features a convoluted story. Long ago, there were two villages each comprised of all women or all men. As expected, they continually fought each other until only the elderly and children remained. To stop the bloodshed from occurring again, the Sun God built a wall in the middle of the city — which turned out to be a boneheaded move as it blocked the sun and now they’re all dying. To appeal the god’s decision, a boy and girl have to ride a balloon to the top of a tower in the sky. The only problem is that there are blocks in the way — blocks that must be cleared by making straight lines — sound familiar? That’s because it’s basically a Tetris clone, with the main difference being that instead of the objective being to clear all blocks, a balloon at the bottom of the level must be released and float to the top. Thankfully, its solid gameplay and whimsical plot and visuals make it a worthwhile play. As players don’t get a whole gamefield to work with (sometimes just the top third is available when a floor begins), it’s actually more challenging than Tetris. The whopping 120 levels, unlimited continues and innocence of it all add up to an adventure worth checking out for puzzle fans.
Play it