Note: Portions of this review appeared in our PS3 Review of Guacamelee!.

Guacamelee! is the game that dares to ask the question — What would happen if you replaced Samus with a luchador? The answer, of course, is pure awesome. Guacamelee! is an unremittingly entertaining romp through a Mexican-themed fantasy world, where the evil death-skeleton Calaca has decided to merge the Land of the Dead with that of the living. Worse, he’s kidnapped El Presidente’s daughter, and you’d better believe Juan is a bad enough dude to rescue her.

At first Juan is just a big burly guy with some good moves, but it doesn’t take long for him to be transformed into a deadly combo-stringing luchador of sheer destruction. The plot is laid out relatively quickly, and advanced moves that both put the hurt on enemies and open blocked off paths follow right behind. The initial basic move set is a punch combo with positional modifiers, and a tap of the right stick does a dodge roll that also gives a quick moment of invincibility. Special moves that use a block of power come along pretty quickly, earned by finding and destroying some suspiciously familiar statues. These abilities are color-coded to specific blocks along the path, and later enemies come with glowing shields that can only be breached by the move of their color. Additionally, some moves, such as the uppercut, are required for advanced jumping puzzles. And then things start to get interestingly tricky. 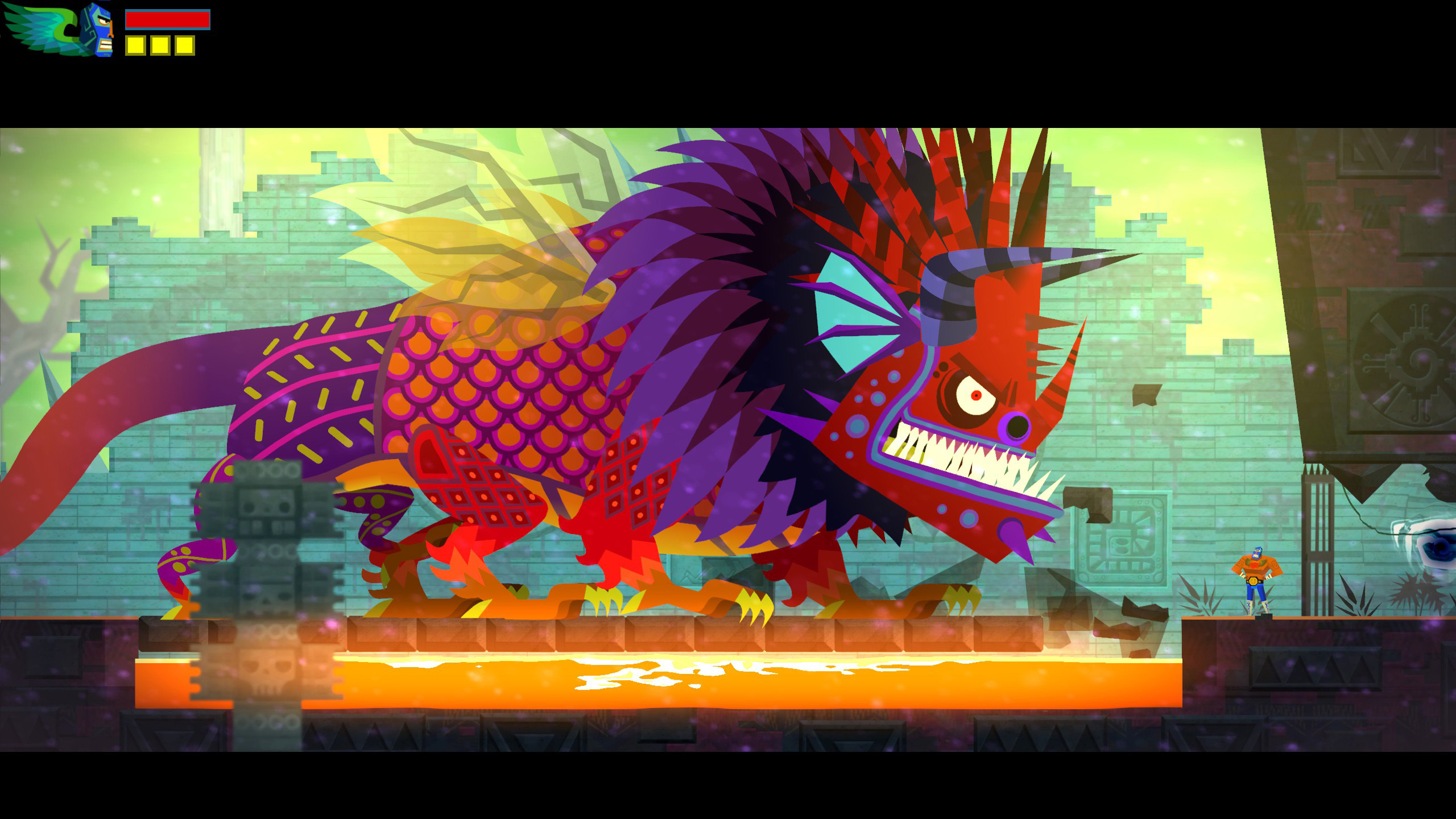 The combat is fast and fun, and working out a properly destructive string of moves will require good timing and an eye for sorting out the chaos when a load of enemies gather on screen at once. The jumping puzzles, on the other hand, can be downright evil, especially when going after a hidden bonus. There’s a lot of buttons on the remote and they all do something. Jumping is easy enough, but special moves need a direction plus button press. You eventually unlock the ability to switch between the land of the dead and living at will, which not only leads to fights where you need to switch between one world and the other, but also changes in the wall and platform layout of the room. A common jumping puzzle might be jump, wall jump, change world so you’ve got something to land on, wall jump back, change world again, special move, fingers fall off. Once you sort out the manual dexterity there’s a ton of clever areas to master and secrets to wrest from them.

As nice as the Metroidvania gameplay is, though, it’s the window dressing that really brings Guacamelee!‘s world to life. The art throughout is stylish and vibrant, bursting with color and a dynamic angular style. There are tons of jokes and references in the background art and villager dialogue, and the levels are loaded with personality. The story itself is a silly cartoon plot, but it’s a fun silly cartoon plot so that’s OK. Everything works together perfectly, and the only disappointment is that the game is somewhat short. It’s also perfectly tuned with barely a wasted screen, so the game length ends up being more feature than problem, if just barely. 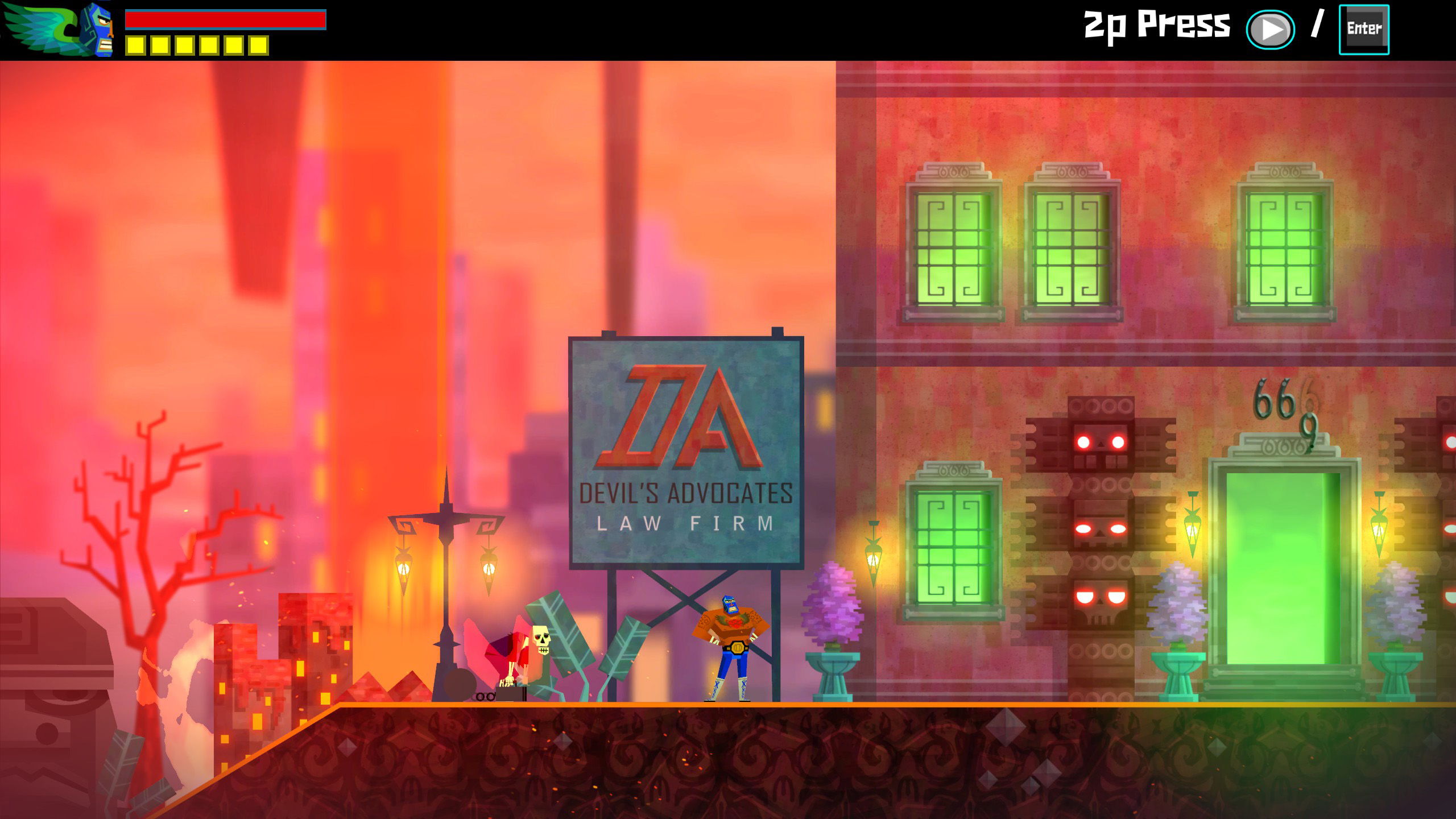 While Guacamelee! was no slouch on the PlayStation 3 or Vita, the Gold Edition looks absolutely divine on the PC with a rock-solid smooth framerate and an increased resolution. Other than that, there aren’t too many advanced graphical options, but then again, this is a 2D platformer that’s all about its bright and vibrant art style rather than pixel count or special effects. Enabling anti-aliasing is also made available, along with vertical syncing and a windowed mode. Besides the graphical enhancements, the keyboard and mouse controls are fully customizable, and it’s strongly encouraged to remap them yourself. As much as the default bindings are functional, they are far from the most efficient way of playing. Regardless, using a controller is still the best way to experience Guacamelee!, but the transition to the PC is a solid one.

Additionally, while it wasn’t in our pre-release build, the game also comes with Steam Workshop capabilities, allowing users to create, share and download custom skins for their Luchador. On top of that, the Gold Edition has a bevy of Steamworks features, including leaderboards, achievements, cloud support and trading cards. Throw in a costume pack and El Diablo’s Domain Challenge Levels, and you have the most complete Guacamelee! package possible. 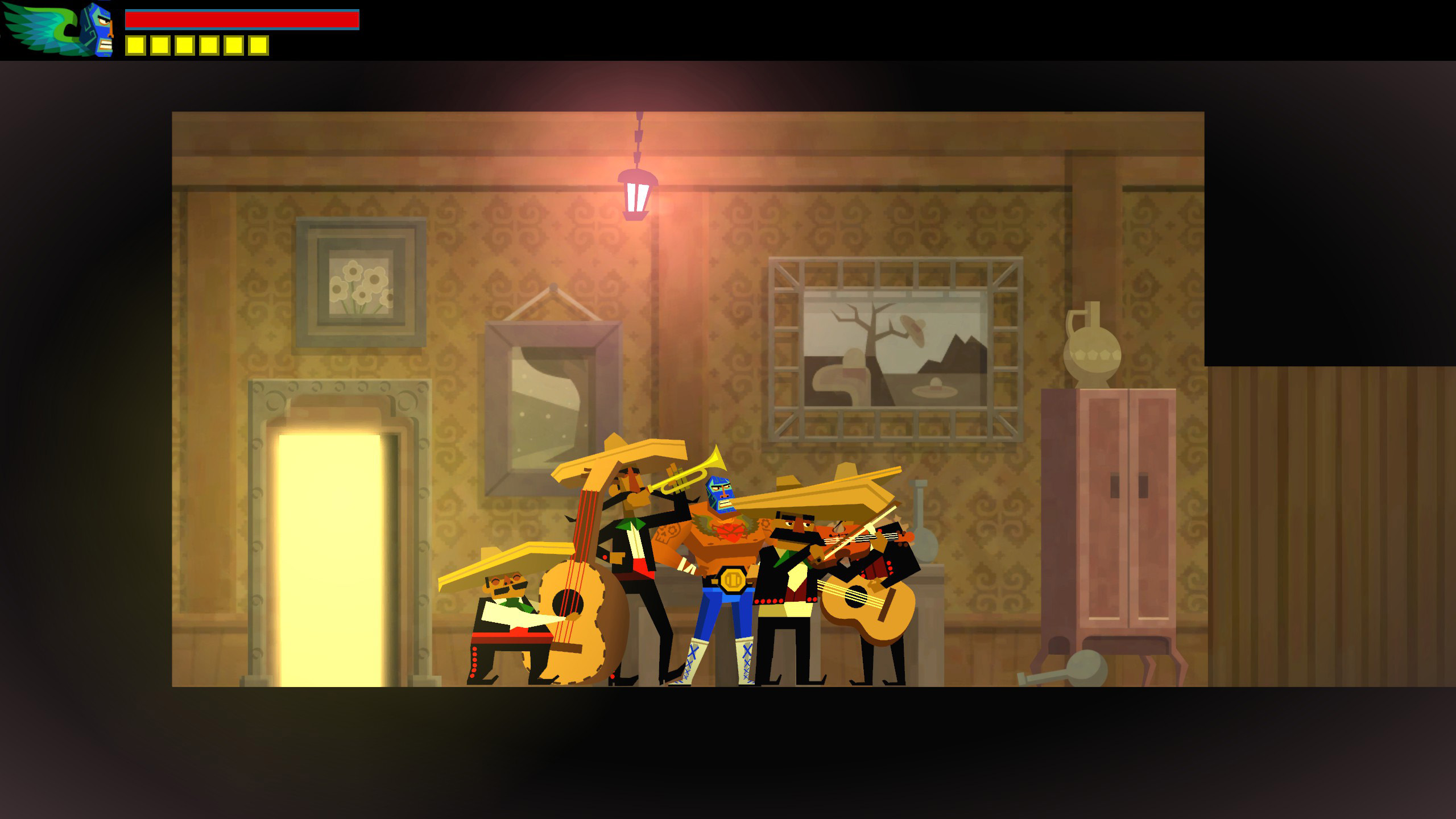 Guacamelee! Gold Edition only helps to enhance the rich, fun, free-scrolling action platformer by strengthening the visual art style and adding a bevy of Steamworks features. With a fantastic fighting engine and some truly tricky platforming challenges, this is a game for the ages. It knows exactly what it wants to do and has a blast doing it, and while the game comes to an end a little quickly, it’s a great time the entire way through. Exploring the levels and finding secrets while pummeling enemies into piles of marrow is entertaining from start to finish, and absolutely worth checking out.