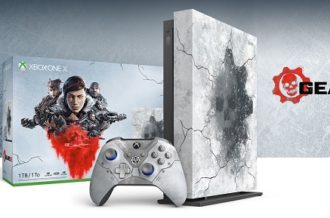 If you love strategy games, then this Humble Store deal is for you. Tropico 4 can be yours for $6, and if you’ve already got that and just want the DLC, the complete pack of that is $10 instead of $40. Pre-ordering Tropico 5 will cost you $36 instead of $40, and two versions of Omerta are on super-sale. The basic Omerta: City of Gangsters game is $5, while the Gold Edition is $7.50.  That same amount of money can get you Airline Tycoon 2 or Jagged Alliance: Back in Action. A Collector’s Bundle’s of Jagged Alliance games is only $20 instead of $40. Port Royale 3: Gold Edition is $10, as is Dark (which is also that price in the weekly Steam sale). Racing Manager 2014 is a shade under $7, while ANNA: Extended Edition is $2.50. Blood Knights is half-off at $7.50, while Demonicon (which is sadly not a demon cosplay convention) is $13.59. Tank Operations: European Campaign is $5, while Hegemony Rome: The Rise of Caesar is $24 instead of $30, and The Rise of Venice is $13.59 instead of $40.

As someone who isn’t a strategy gamer at all, but who has heard great things about Tropico 4 and Omerta, those seem like must-buys. The title alone has me interested in Demonicon, while Dark looks like something you’ll want to buy this week if you haven’t done so before due to its price. While it’s $10 at two places now, buying it from this sale also allows you to donate money to charity, so that’s definitely worth factoring in before you get it due to the Steam sale. ANNA was not well-received upon its release, but if you’re in the mood for a horror game and have a few bucks burning a hole in your bank account, you might want to take a chance on it.  Remember that this is an 80 hour sale – not a week-long one like most gaming sales, so be sure to act reasonably quickly if any of the titles interest you.