In an age where role playing games cost well into the seven figures to develop and reach millions of homes worldwide, our bar of quality has risen quite a bit. French developer Spiders is looking to take on the challenge, creating smaller scale RPG that’s steaming with potential. Travel across a creative land filled with swordplay, witches, betrayal, the undead, and everything you’ve come to expect from the fantasy name. Bound by Flame looks to make its mark in the world by touting an offering that’s sizable for any fan of the genre.

You are Vulcan, a mercenary who’s hired to protect a group of philosophers from the walking undead. The world is not in a good place as Ice Lords threaten the very existence of both mankind and elves, so it’s up to an unsuspecting hero to rise to the occasion. After a ritual goes awry, a demon takes form in our unlucky protagonist, giving him supernatural abilities, and what better way to battle Ice Lords than with fire. Through this, you’ll be tossed on a journey filled with various unfortunate events. The progression through the campaign is pretty unappealing, only containing two environmental themes: a swamp and ice lands. The story itself is embarrassing, containing a laughable script and some of the most stilted performances in recent memory. There are some appealing characters, such as a charismatic immortal and a silver tongued magician, but most of the cast is filled with disappointingly cut and dry individuals. 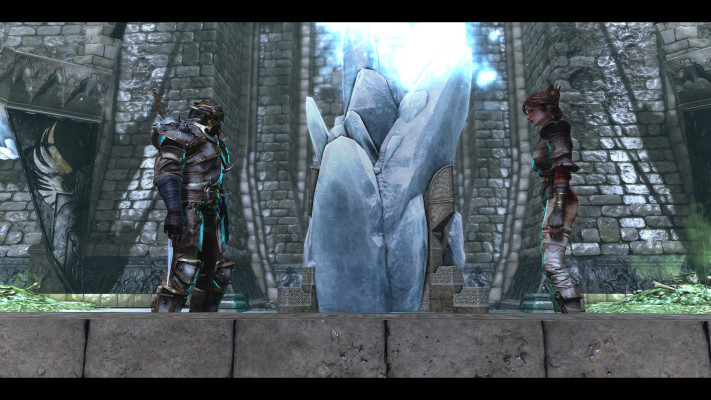 While Bound by Flame taunts the idea of choice, it’s more of an illusion than anything. You’re given a couple choices through the campaign, which took around 16 hours to complete, and each has minimal effects. There are two that alter the story subtly, mostly changing which character you team up with, but for the most part, it’s whether or not you want the demon inside of you to get out. Depending on this, your appearance will change from a human into a demon, giving you stronger abilities. Additionally, don’t go in expecting meaningful choices among the characters. Companion interaction is almost non-existent as, even when they’re in the party during events, they are seen in the background in an idle position, waiting for you. I somehow managed to get romantically involved with one characters, simply by bringing her to a fight to revenge her comrades, and after that, they don’t speak of it ever again. Everything about this just feels empty.

The gameplay is also not something to praise too highly of either. It’s mostly functional and ensures for a challenge as each battle, no matter how small, can mean the demise of Vulcan, but it’s unoriginal and offers little variety. You are granted a pair of dangers and a heavy weapon to wield, with upwards of four different spells to use in combination. Daggers are used to parry and dodge enemies with ease, whereas a heavy weapon has the ability to break someone’s guard and stagger. Unfortunately, enemies who demand a guard break are very far and few between, causing the quicker and more effective daggers to be handier in most situations. Crafting also an interesting mechanic as you are able to loot the bodies of the fallen and combine them to make better weapons, changing the appearance and elemental effects. 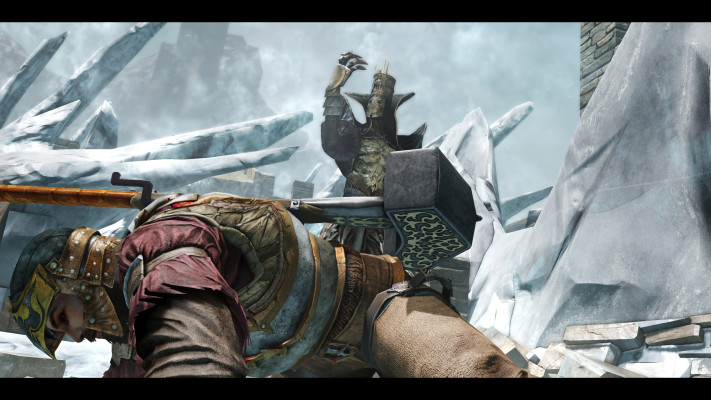 There’s also a slight party-based tactical system put into play, but you’re only allowed to bring one other person with you. It feels strange having four other party members at camp when you’re frolicking with only one. The artificial intelligence on party members is also down right frustrating as the number of times they’ve gotten stuck on the environment is uncountable at this point. I’ve also found that, even with a defend strategy put into place, the chances of them dying is significantly high. This means that the constrained party system as it is, is mainly used to draw agro rather do any good. Their companionship is limited enough with only one being allowed in a party at any given time, let alone them being nearly useless in battle.

The way players level up is through an ability tree, allowing for different move sets and alterations in combat to be had. It’s highly recommended to min-max these abilities from the get-go as, you will quickly learn you won’t be able to get to the top of the tree without doing so. This ultimately means that the weapon in your other hand will be completely useless for the majority of the campaign. I just wish it was better informed at the beginning because Spiders consistently throws in elements where one is needed over the other at the start of the story. Additionally, there are Feats to be obtained, giving the player a little more control over how their character progresses. 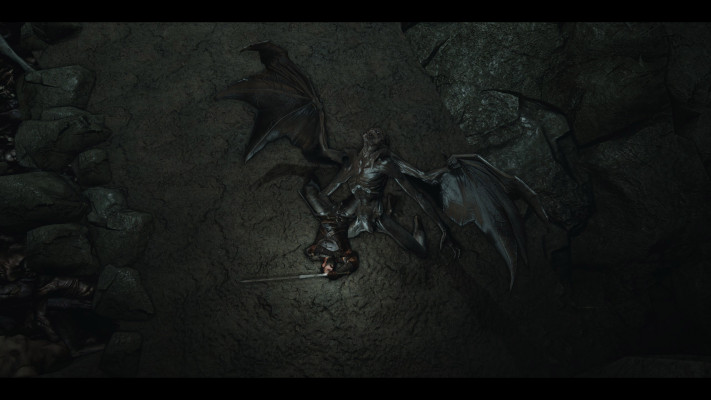 Bound by Flame is a charming RPG that’s fundamentally and mechanically flawed. Combat lacks variation and can be downright frustrating at times thanks to the poor auto-save system, and the countless bugs encountered only drag the game down. It doesn’t help that the story and script are both poorly executed, failing to capitalize on emotional setups and disconnecting characters from their surroundings. With that said, there are some strong customizable aspects to weapons and armor, and the challenging combat can add to the game’s attraction. It’s fortunate that gamers are not bound to this by any means because, while Bound by Flame has heart, it ends up being a forgettable dull experience.