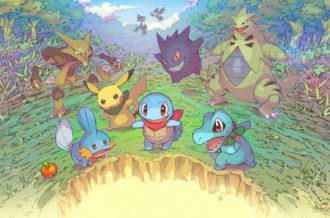 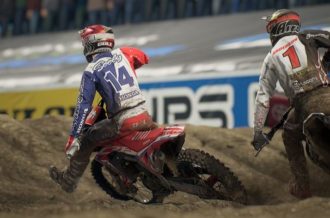 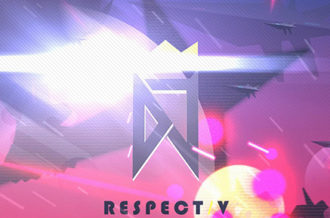 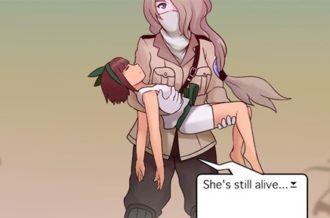 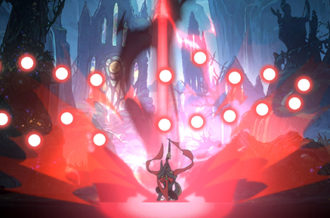 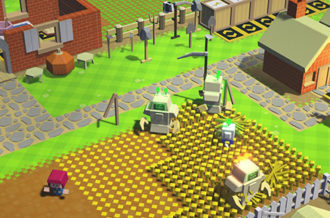 It’s been almost two years since the last Harvest Moon, so it’s just about time to get a new entry into the main series. Natsume obliged this requirement by showing off Harvest Moon: Lost Valley on the E3 show floor, and while it’s possible to get jaded by yet another entry in a long-running series, Lost Valley has real game-changing additions that expand the farming possibilities in fun new directions. Short version — Harvest Moon got an injection of Minecraft.

It would be easy to be cynical about this change, but if any game can properly utilize a bit of earth-moving added to its core capabilities it’s Harvest Moon. You can dig flat squares of dirt that aren’t, despite current convention, actual cubes (2 squares stacked is too short to make a perfect cube, 3 too tall) and place them wherever necessary in the world. While Lost Valley is hardly the first 3D Harvest Moon, it is the first one to fully utilize 3D in its landscaping. Dig dirt, place to create platforms to higher areas, enjoy wandering a world designed for full 3D exploration. Additionally, dirt squares placed in different areas can have differing effects. Place a square in the river and it becomes swamp. At the moment there’s nothing officially announced for varying crops that can be grown in different types of land, but that’s generally PR-speak for “We’re working on it, give us some time.” 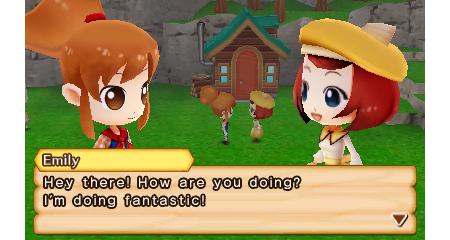 Another change in the creation aspect is an Insta-Builder, which lets you plop down things made from the resources you harvest- bridges, pathways, wells, full-sized barns, etc. Things like bridges and paths get put down square by square, while buildings are plopped onto the landscape fully-built. Between the building and the landscaping it allows a whole new dimension for building your farm. Clear off a square and lay down some crops, or go nuts creating a multi-leveled garden. It’s all down to how creative you feel like being, but my hands-on time showed that tearing the land to pieces and putting it back together was quick and easy.

Other new additions include context-sensitive tool use and DLC. Stand in front of a tree and the game automatically selects the axe from inventory to start chopping away with, or using the pitchfork to clean up the barn. It’s a welcome change, streamlining the workflow nicely. The DLC could potentially be a bit more worrying, but it was described as being new content for people who had beaten the game rather than bits held out. Basically, most people get to a point (get married, have child, achieve financial stability) and quit playing, so the DLC is designed to give them new goals to strive for beyond whatever their personal stopping point would normally be. 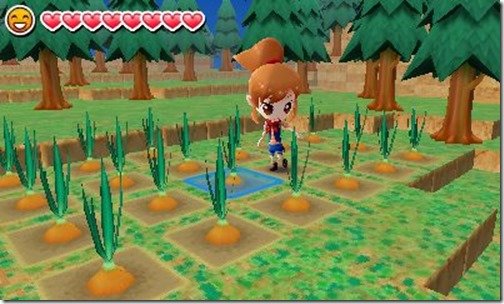 The last Harvest Moon was called A New Beginning and was supposed to be a relaunch for the series, but Lost Valley looks to be a rebuild that could truly invigorate the series. The more detailed landscapes and ability to terraform the farm, as well as build land-steps to explore the mountain areas, add depth to the farming experience in ways that expand the central gameplay beyond its previous confines. All the social interaction with the villagers is still there, of course, but setting off into the world after all chores are complete and the daily routine attended to should be much more engaging with the ability to blaze your own path into the wilderness. Harvest Moon: The Lost Valley adds just a touch of Minecraft to its comforting formula, but it adds a world of possibilities to your farming life.