Each day more and more gamers discover the joys of indie games. Their pursuit of unique themes or classic concepts is often too good to ignore. Team Indie arrives on the scene after many established independent games have developed followings. In many ways, Brightside Games’ have created a celebration of all things indie via their game. The “Team” in Team Indie is a cast of characters from games such as the BIT.TRIP series, Dustforce, and even Super Crate Box. Of course, it would all be for naught if they didn’t bring something new to the table. 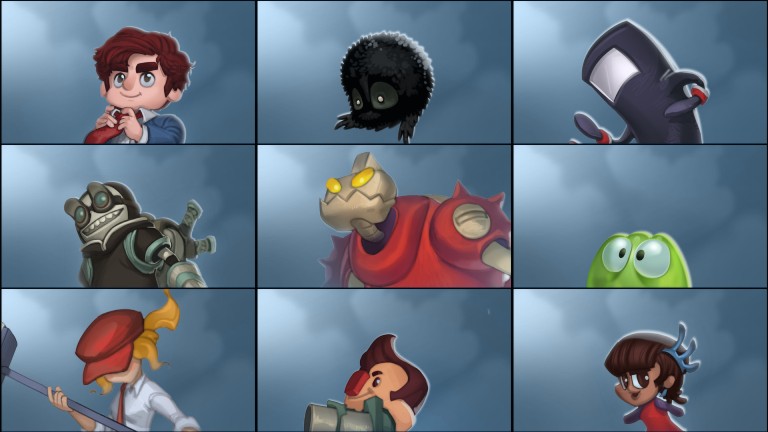 Thankfully, Team Indie is not just a rehash of existing properties. The basic gameplay is a mashup of platformer and puzzler with some other elements thrown in for good measure. On a typical stage you’re given a selection of characters and tasked with finding the level’s exit. To do so, each character will have to utilize their special abilities. For example, Dustgirl of Dustforce fame can run along walls with her trusty broom. Clunk from Awesomenauts, on the other hand, can blow up fragile blocks. If a character appears on a certain stage then you know their powers will be used somehow. The big question is figuring out what to use them for and when.

Some early stages offer clear logic for what players must do with each cast member. Collectable jewels of different colors direct decisions but only for so long. As you progress further, more freedom is given to consider options and try multiple solutions. Unfortunately, this is also when some of Team Indie’s issues come into play. One such problem is the utilization of a time mechanic. Much like Super Time Force, after playing one character and switching to another, the previous one’s actions will play out in the background. While initially cool, it requires careful timing on the player’s part to match things up sometimes. One character creates timed platforms and these in particular can prove tough to reach in time. 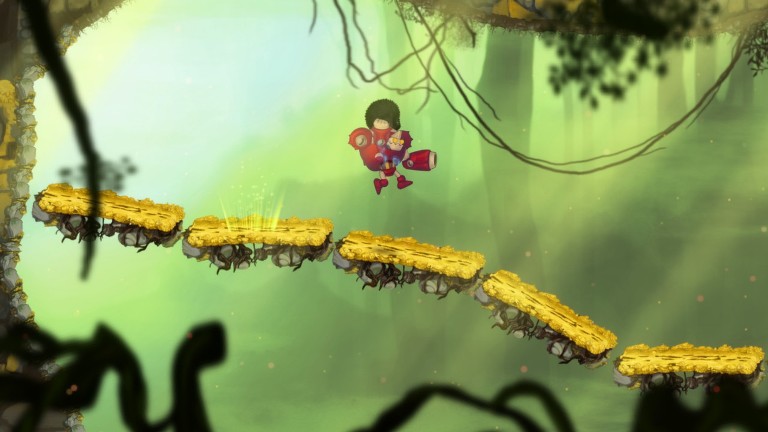 Another annoyance stemming from the time mechanic is waiting for previous characters to trigger a switch. There’s a fast forward button, at least, but it’ll cause a fair amount of waiting if you play slowly. Sometimes it’s unclear what a triggered switch does. In these instances you may wait around at a location only to realize you’re not where a platform will appear. If you could take a full view of a stage this wouldn’t be quite so bad. As with most puzzle platformers, you do feel awesome finally figuring them out — regardless of these complaints.

What is most striking about Team Indie is that it would have seemed like a better game without copious external game references. Because famous characters are included, indie fans should easily be able to see its many platforming and puzzle-based failings. In particular, characters just don’t feel as good in here as they do via their respective titles. Dustgirl, for instance, feels finicky to control which is completely different from Dustforce’s extremely precise and responsive playstyle. It is obviously challenging to create this many unique mechanics so developer Brightside Games could never stand up to games designed around one very specific component. 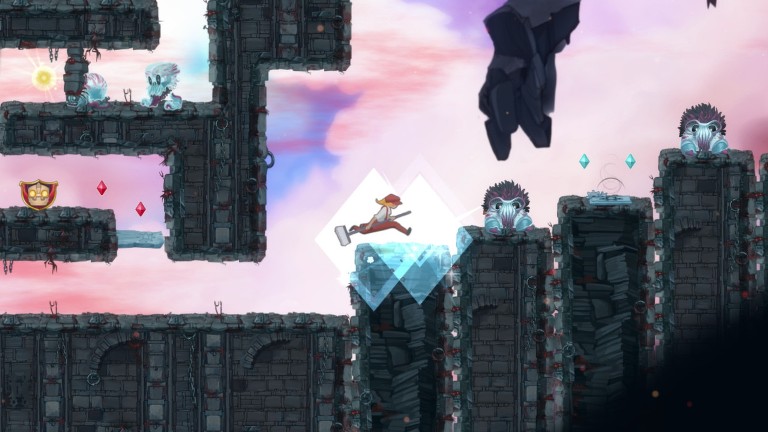 Team Indie is a competent platformer with a unique, cute concept. Unfortunately, when put into action, playing as many famous indie characters reveals how good those original games were rather than make you excited to play this one. Those who have never played the referenced indie titles may enjoy Team Indie for its challenging puzzles and quirky cast. Those with a deep reverence for the many games represented within, however, will have a hard time seeing past its flawed ambitions. 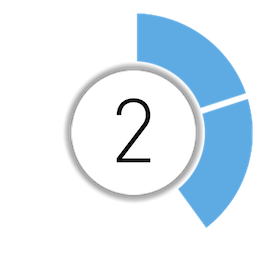