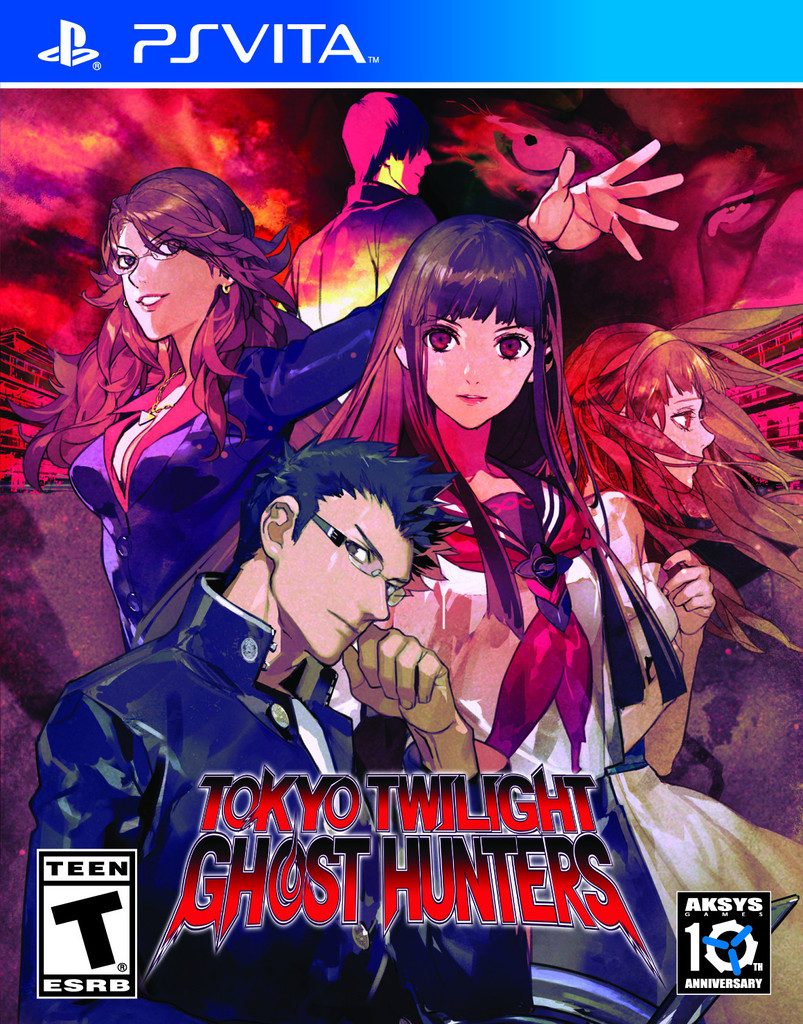 Tokyo Twilight Ghost Hunters begins by pegging you as the newest transfer student at Kurenai Academy. On your very first day, the class president provides a tour of the school which sounds like a totally normal thing to do. That changes once you head up to a deserted floor and come face to face with some inhuman spectre. With little explanation, you and a few other students are rallied into a battle against the ghost. With that out of the way a woman approaches you to join Gate Keepers. What do they do? They lay low as a publishing company but their actual goal is to provide ghost exorcisms for clients throughout Tokyo. It’s a simple, but effective narrative start which doesn’t manage to hold up as players continue forward.

Prior to North American and European release, Tokyo Twilight Ghost Hunters was promoted primarily as a visual novel/adventure game, but coming in with this sort of notion will leave you feeling quite let down. Yes, there are sequences which make it look like a visual novel, such as moments of pure storytelling with 2D character images to go with them, but that is not the majority of the experience. Many JRPGs follow a similar pattern of having loads of text between battles but for the most part, those aren’t considered visual novels in the least. The same holds true here, as when it comes right down to it you’ll spend far more time actually battling ghosts than hearing characters talk about them.

It’s obvious that there was an attempt to make the game visual novel-esque by proving players choices during text-heavy moments. However, these choices aren’t typical either. Whereas most games would provide dialogue options, this one presents you with two sets of icons. These include an eye, mouth, ear, hands, heart, and a few others. In another strikingly strange design choice, the game never actually tells you what any of these are supposed to do. This lack of explanation follows through to many other aspects of the game as well. After enough play you recognize what reactions characters may have to your actions but still not understand the goal of this system. Since there is no guarantee about how characters will respond to your choices, it’s mostly a matter of chance if they’ll react positively or negatively. 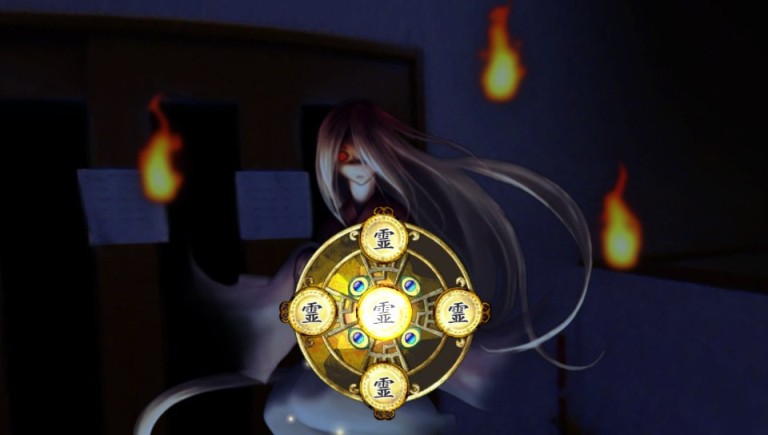 The game is divided up into a series of chapters which are presented as episodes. This is more than a stylistic choice as it turns each episode into its only little storyline. One week Ghost Keepers helps one client and another week they go aid someone else. Instead of building up the main storyline in a highly interesting way, you’re presented more with compact, and not particularly compelling, mini-tales. On the plus side, character art looks quite good. The 2D characters actually animate rather than wobble, undulate, or do that weird “breathing” thing which other 2D character art is keen to do. Story segments are short (and vacuous) enough to ensure many visual novel fans will be left feeling underwhelmed.

So, if Tokyo Twilight Ghost Hunters isn’t a visual novel then what is it? Simply put it’s a strategy game through and through. When the Gate Keepers get a new request you deck the team out, possibly train them (complete with time-wasting, unskippable cutscene), and then head on out to fight. Battles themselves are from a top-down perspective and look like a blueprint of a room. To further this, characters and ghosts are represented by simple markers rather than actual character sprites on the field. The floor is covered in a grid and, as per convention, each character can only move so many spots on a grid per turn. The same is true of ghosts. Land enough hits on ghosts and they’ll get exorcised. Once you’ve killed the target ghost, folks get experience and items and head back home. 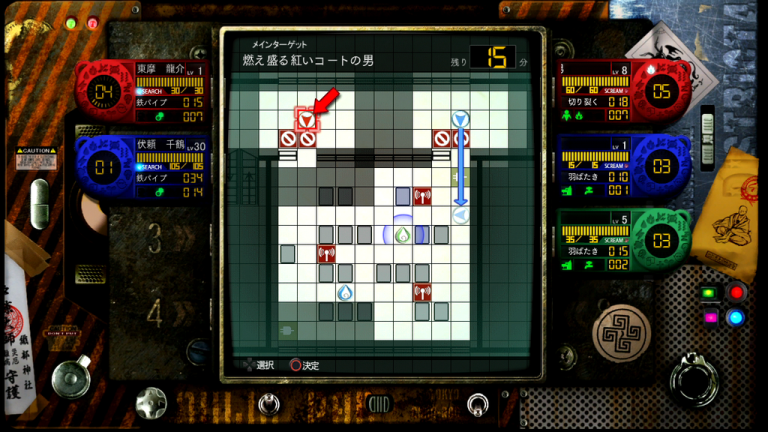 The issue with battles, and what makes Tokyo Twilight Ghost Hunters unique in the strategy sphere, is that you are rarely guaranteed to execute an attack on a ghost. In most turn based strategy titles you’ll set yourself to attack an enemy and get that hit. Here, you simply have to hope you’ll actually damage ghosts because after you set your attack position, the ghost action is performed before your attack. So basically, if you guess the wrong spot for the ghost to be after they move, you’ll be left swiping air with the ghost now safely a few squares away. If they attack you, your team member can’t attack back in response, either. Each ghost’s movement radius is viewable but oftentimes is too large to cover with every team member. It’s incredibly annoying to cover 90% of their potential movement patterns only to find the ghost gliding straight to the one block you couldn’t safeguard.

There are ways for players to help themselves corral ghosts. Attacking them from multiple angles might make them run towards a corner than try to dart around elsewhere. Using traps can also inflict status effects or blocking on them if they step over a trap. However, this is also dependent on chance rather than pure strategic skill. One other truly annoying aspect is that players who make a mess during a mission (by attacking desks, walls, etc while trying to stop ghosts) will see money revoked to make up for damages. It’s entirely possible to complete a mission but end up in the red because of klutzy team control. Of course, ghosts can and do hover on top of valuable objects so it’s often hard to leave a level without causing any damage.

Finally, let’s give some attention to the PS3 and Vita versions of the experience. In many ways it seems that Vita is the way to go with Tokyo Twilight Ghost Hunters; after all, there are many bite-sized missions to undertake and you can always suspend gameplay with the Vita to come back later. However, this game’s design is 100% focused on a big screen TV console experience. Text that might be readable there is outrageously tiny on the Vita’s screen, leading one to believe the developers never considered how well or poorly GUI elements would translate from PS3 to the portable system. It’s certainly still playable but expect to play with your face closer to the Vita than usual. 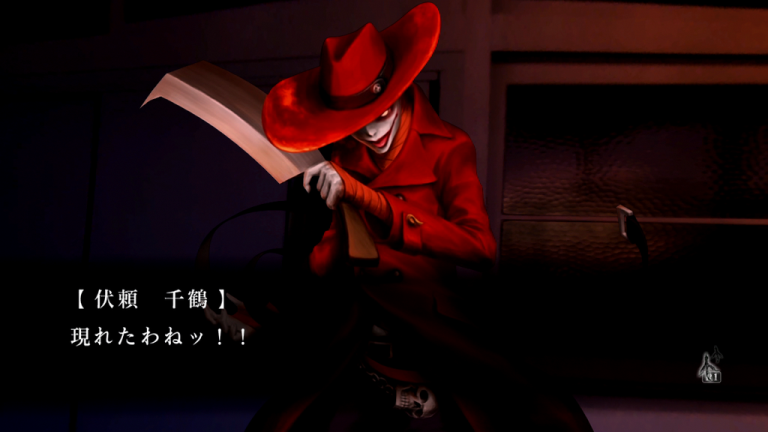 Tokyo Twilight Ghost Hunters is a functional turn based strategy game. It offers at least 15 hours of gameplay and includes a great many items and cast members to bring into battles. However, that’s really all it brings to the table. If you’re a visual novel fan looking for a story-focused game then you won’t find that here. Those who adore digging deep into strategy games may enjoy the odd challenge, or find themselves completely mortified over how much luck is involved in every fight. Gamers in general are likely to find the experience feels strangely cheap. From the weirdly modified real photo backdrops to lack of in-game explanation for many different components, it’s hard to feel this product deserves any special recognition. It’s just not particularly fun.