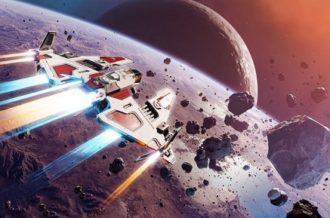 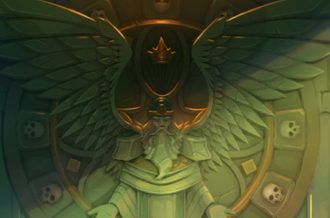 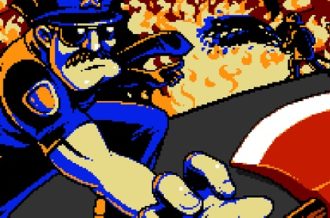 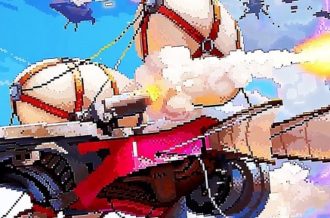 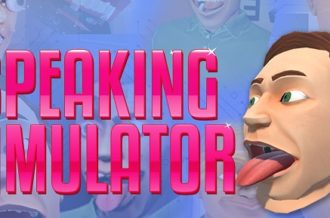 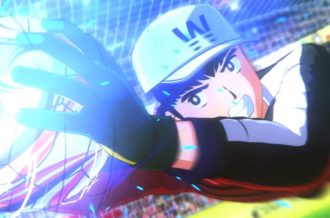 Mortal Kombat X is mere weeks away, and you can feel the excitement building as we rush towards release. NetherRealm has built anticipation steadily with various character, stage and story reveals, successfully creating an environment where everyone is genuinely excited for each new reveal, and boy did they reveal a lot at GDC 2015.

We were able to go hands on with Mortal Kombat X on PS4 and Xbox One, and the mobile version on an iPad Air 2. We tried out the arcade mode and the entire first chapter of the hotly anticipated story mode. So, spoiler warning!

First off, we can officially confirm that Johnny Cage and Kenshi will be playable characters. The Movie Star turned Special Forces agent will be joining his daughter, Cassie Cage, in battle. Johnny retains many of his special moves from Mortal Kombat X, though his fighting style changes dramatically thanks to his three combat variations. Kenshi, the blind swordsman, makes his grand return after being relegated to DLC in  2011’s Mortal Kombat. Like in the previous game, Kenshi effortlessly blends hand-to-hand combat with sword-fighting. 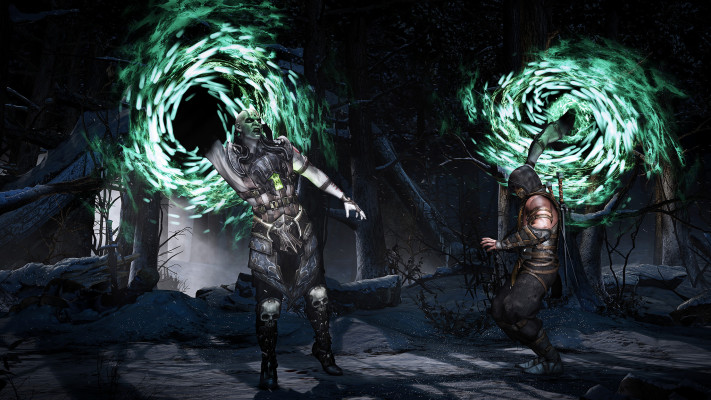 Of course, it isn’t a Mortal Kombat game without fatalities, and both characters have some sweet ways to “Finish Them.” Johnny essentially punches a hole through the loser’s chest, looks through it and exclaims, “Here’s Johnny.” Kenshi’s was particularly brutal with him using his telekinesis to swing his blade like a helicopter blade, and then proceeding to slice the enemy into tiny pieces.

Mortal Kombat X’s story is far more cinematic than Injustice or Mortal Kombat and it’s clear that NetherRealm has learned from those games. Cutscenes now take place in a large array of locations, a departure from those games where cutscenes were anchored to the fighting stages. In chapter one alone you’re thrown into a helicopter, Raiden’s temple and a snowy forest. The flow between cutscene and gameplay, and cutscene to cutscene felt natural because of these unique cutscene settings.

The story is broken into chapters where you play as a single character across four fights, and then switch to the next character. Chapter 1 of Mortal Kombat X stars Johnny Cage as he, Kenshi and Sonya Blade repel the forces of Shinnok slightly after the events of Mortal Kombat. Shinnok has launched an assault on Raiden and EarthRealm with the intent of claiming it as his own. Helping him is Quan Chi, who unleashes zombified versions of all the characters killed in Mortal Kombat. 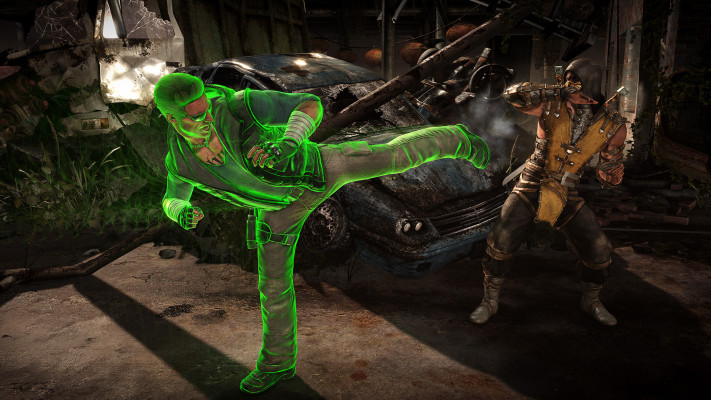 The game starts off in EarthRealm with Johnny, Sonya and Kenshi pushing towards Raiden’s temple. Demons, however, swarm out of a portal from the NetherRealm, slaughtering the Special Forces. Scorpion attacks Johnny’s helicopter, throwing Kenshi out the side and knocking Sonya out. After a few quicktime events, the helicopter crashed and we fought Scorpion. Immediately after, we were thrust into battle with a zombified Sub-Zero, who for some reason was not a Cyborg like in Mortal Kombat.

That ended the time on EarthRealm as the story then shifted to Raiden’s Temple, under siege by the demons of the NetherRealm. Both Raiden and Fujin stage a desperate battle against Shinnok and Quan Chi’s forces, including fighting their dead allies. Here are characters confirmed not to be playable in Mortal Kombat X: Sindel, Kabal, Stryker, Smoke and Nightwolf. All of these character’s assets were reused from Mortal Kombat and all will likely only appear in cutscenes.

The battle continues into the heart of the temple, where Shinnok attempts to trap Raiden and Fujin inside his amulet (if you played Mortal Kombat 4 and Mortal Kombat: Deception then you know which amulet I’m talking about). Thankfully, Johnny Cage is there to save the day, and after a duel with Shinnok, buys Raiden enough time to secure the amulet and trap Shinnok inside of it. The chapter, and demo, ended there. 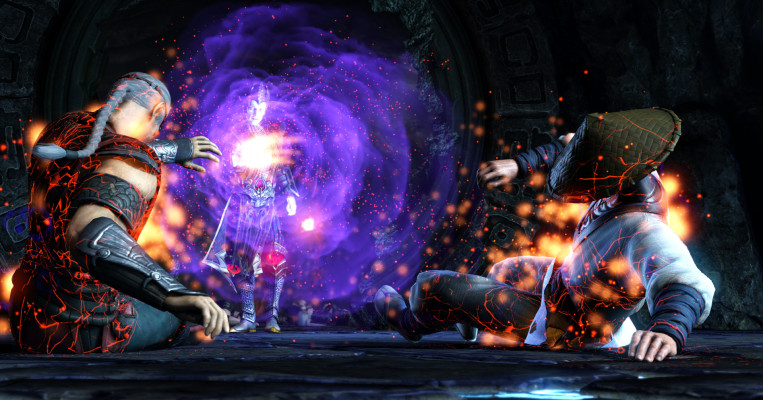 Mortal Kombat X is more than just a step above NetherRealm’s previous work, it’s leaps and bounds better. This feels like a typical campaign you’d find in an action-adventure game, rather than cutscenes sewn together on random stages. It’s a story that flows naturally from one fight to the next, and we can’t wait to play the whole thing.

We also got some hands-on time with Mortal Kombat X Mobile, which launches shortly before the full game. The mobile game is similar to the Injustice: Gods Among Us mobile game, in that it’s Free-to-Play, shares many of the same gameplay mechanics, and unlocks rewards in the console game. You’re tasked with creating a party of three fighters, and then guiding them up a ladder of progressively tougher fights. Like Injustice, you’ll tap for light attacks, swipe for heavy attacks and press two fingers to the screen for blocking. A bar fills up at the bottom, which executes special attacks when pressed.

Of course, the big appeal of the mobile game is that you can earn rewards for the console version. These rewards can be simple things like Koins, or rare treats like a new character skin. It’s great incentive to, at least, download and try the game.

We were able to experience the game on both the PS4 and Xbox One (PC, PS3, and Xbox 360 versions were not available). The game looks and runs well on both PS4 and Xbox One. Though NetherRealm wouldn’t confirm it, both seemed to be running at 1080p and 60fps. 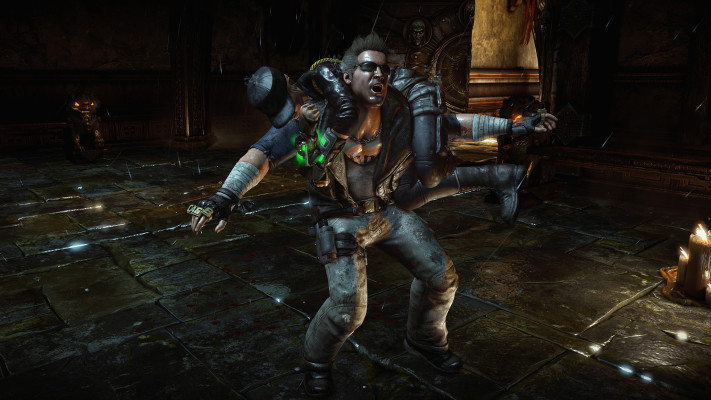 At the end, we were able to speak with a few of the developers of the game. Our first question: are Jax and Shinnok playable characters? This question stemmed from Chapter 1, where both characters are fought. Each have their own combat variations, which suggests that both will be playable. After all, NetherRealm wouldn’t spend a great amount of time creating the variations if they weren’t going to be playable. Alas, NetherRealm was not ready to answer that question.

Whether Mortal Kombat X‘s step into the future will succeed is anyone’s guess at this point. From what we’ve experienced so far, Mortal Kombat X could easily be one of the best games of 2015. It’s beautiful, capable of providing a deep gameplay experiences and is a shining example of how to tell a story in a fighting game.

Mortal Kombat X is out April 14 on PS4, Xbox One, PC, PS3 and Xbox 360. Mortal Kombat X Mobile launches sometime before the console versions on iOS and Android devices.