The Doctor himself is going to reprise his role for Traveller’s Tales’ upcoming epic cross-title video game. You might be asking, who is The Doctor? And that’s exactly who he is.

Months ago it was revealed Doctor Who would be a featured playset in the LEGO Dimensions universe and there’s no one better than The Doctor to make the leap through all these multiverses.

Peter Capaldi, who plays the Twelfth Doctor, was recently photographed holding a mini Lego figure of the TARDIS. Based on the original promotional trailer, the LEGO figures will have voice actors, so we can look forward to hearing The Doctor even more.

We will learn more about LEGO Dimensions as well as Peter Capaldi’s role in the game at San Diego Comic Con. It’s slated for release later this year on September 27. 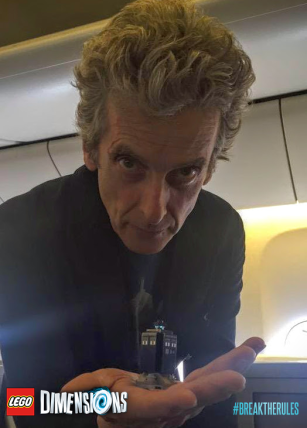