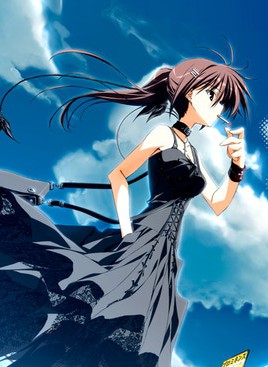 Wonderful Everyday made its Japanese debut back in 2010. Due to a variety of factors, the title remained exclusive to the region for years. This changed when Frontwing, a Japanese visual novel developer and publisher, started pushing for more localizations — including one for Wonderful Everyday. The game has since launched on Steam and drawn a fair bit of attention from the visual novel community. Fans of the genre in particular should be glad to see the trend of 18+ titles coming to Steam when they have a free patch available to unlock mature content (if desired). In the case of this title, effectively 90% of the game is locked behind the free patch.

What would your experience be if you stuck purely with Wonderful Everyday Down the Rabbit-Hole (the first path of the game) which is what you get when downloading from Steam? This initial series of routes follows a high schooler named Yuki and her friends Kagami and Tsukasa. It comes across like your typical slice of life comedy. Unlike some others, though, it’s downright hilarious at points rather than just chuckle-worthy. There are some odd themes that crop up, such as chatter about philosophy, but for the most part, it feels like a great, fluffy yuri romantic comedy. Collecting each of the endings should take anywhere between two and five hours and leave players pleased. This is par for the course for many visual novels released onto Steam.

Of course, this is not the entirety of Wonderful Everyday. Unlike most 18+ patches which simply unlock sex scenes, Frontwing’s released patch instead adds the entire rest of the game to the Steam version. Yes, there are a lot of adult sequences within, but so too are all the other routes which which add anywhere from twenty to forty additional hours of gameplay. To avoid the patch is basically a terrible move – but it also might spare some players a great deal of surprise and anguish. The thing is, the rest of Wonderful Everyday does not play out like Down the Rabbit-Hole. Not in the least. Those little pockets of “strange” topics in the initial route plant the seeds for an incredibly complex, and oftentimes dark, storyline. 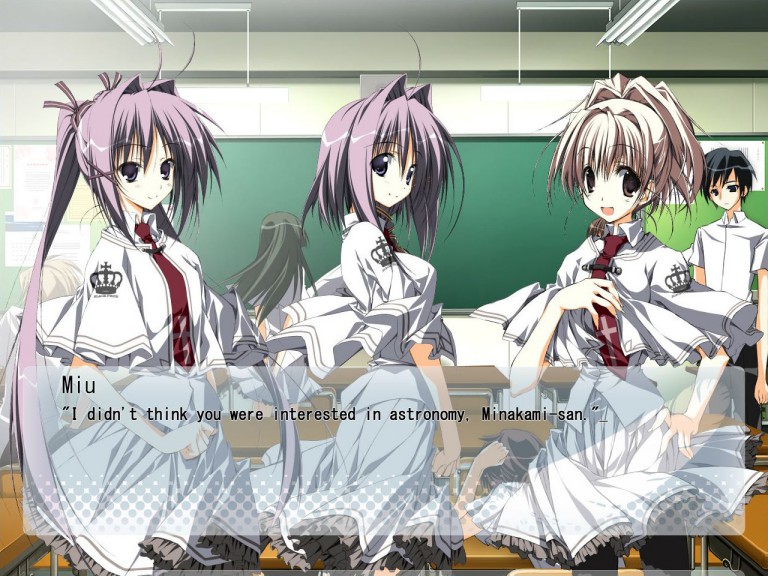 Many visual novel fans are already aware the Wonderful Everyday pivots in such a fashion, but it’s best to go in with very little other knowledge about the title. All one really should know ahead of time is that the story takes players through multiple routes with different lead characters. You’ll get to see events from different perspectives, find out what was happening at different times and generally learn much more about the protagonists. It’s surprising at first how many seemingly innocuous characters end up offering compelling narratives. In order to complete the title you must also play through routes in sequences to unlock new scenes in other routes. It may be best to open up a guide if you find yourself stuck after a while. Fortunately, any one route doesn’t usually offer a ton of choices, most of the time there’s only one to four dialogue choices.

One thing almost everyone would agree upon about Wonderful Everyday is that it becomes incredibly disturbing at points. All manner of topics are covered, and it’s unlikely that anyone would get through the whole game without ever getting a bit upset. Other players may find themselves far too squeamish to sit and play through some sequences. It’s a real rollercoaster ride with how the writing fluctuates from darkly humorous to just plain dark. Just when you think things can’t get any worse, they do. Then there are other routes which feel like a moment of reprieve. If they didn’t act as spoilers, it would make sense to put a very long trigger warning ahead of the game. 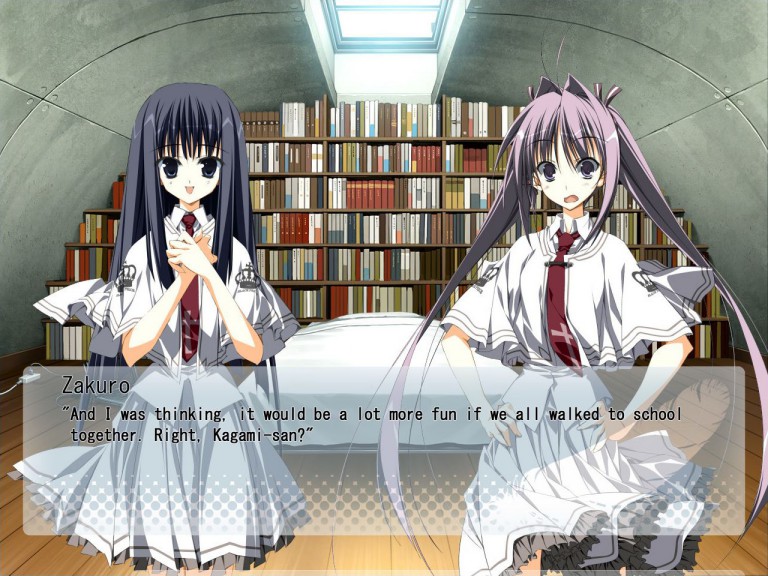 So who should play the complete game and who should simply stick with the initial route available through Steam? Anyone who has steeled themselves for a heck of a ride should try their hardest to complete Wonderful Everyday. To ignore the complexities it offers is a huge disservice to the game. With that said, some folks simply won’t be ready to take everything it dishes out. Those simply looking for sexy visual novels will probably be the most surprised. After expecting something along the lines of a Sakura game they’ll end up with an absolute madhouse of cruel imagery. The game isn’t for everyone and that’s okay.

No matter how folks end up choosing to play the game, they’ll be receiving a high quality package. The artwork is fantastic and doesn’t feel that far removed from modern anime designs despite being a few years old. There are tons of CGs to collect and ten endings to play through, each of which takes a few hours to finish. Almost complete Japanese voice acting (aside from one male lead) ensures immersion – and the acting is far better than some contemporaries. Musically, there are some corny tracks, but for the most part the music flows well with scenes. 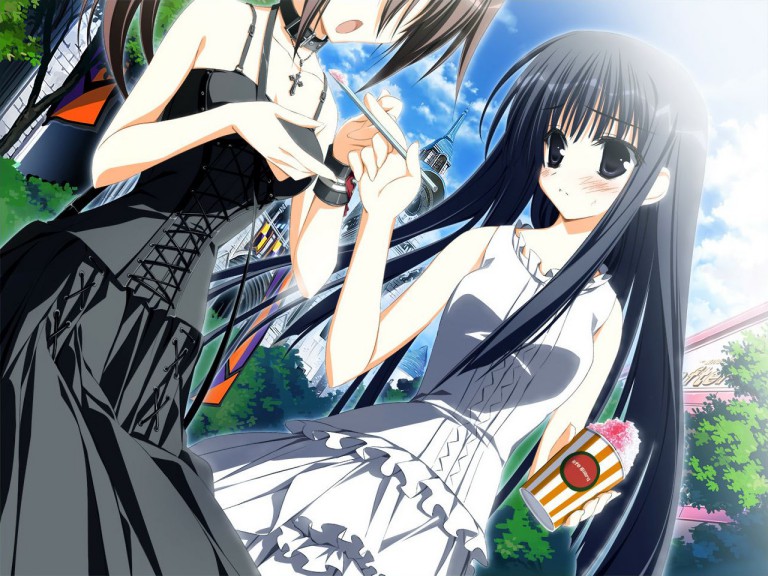 Wonderful Everyday is an absolute enigma. It opens up with a route that lulls players into a false sense of security before a massive sucker punch. Fortunately, unlike a real punch, the storyline earns its sudden divergence and explains it thoroughly throughout. After completing the final route, restarting the game reveals exactly how cunning the intro actually is. Players need to be prepared for anything as they play, like power through horrific moments, but they’ll be rewarded with an amazing tale unlike any other visual novel out there.